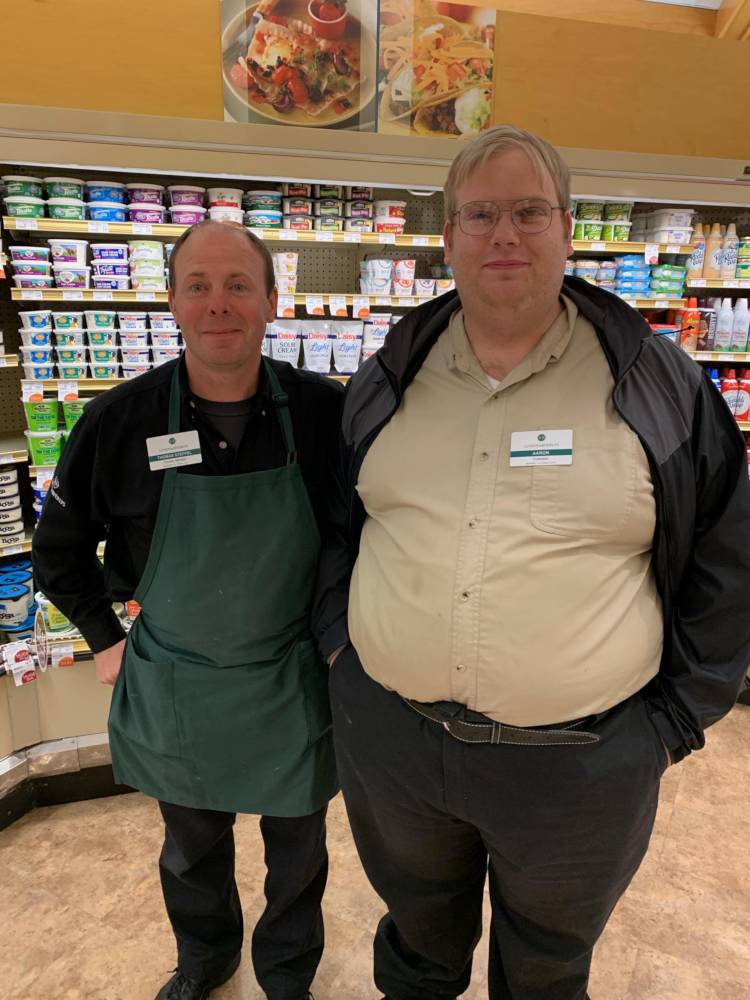 Aaron, a laid-back fellow who likes to play Skyrim and watch videos on YouTube, did not expect to become the main protagonist of a story where he saves the life of a co-worker one day at his job. The story began when Aaron found his current job at the Lund’s & Byerly’s in Burnsville back in October of 2018 with the help of his Placement Partners staff. Aaron started as a Courtesy Clerk, helping customers bag their groceries and bring them to their cars, and has now transitioned to a janitorial role.

“I really do like the custodial work better.” Aaron says, “I can work at my own pace and [I’m] able to chat with others.”

Aaron currently works every weekend, about 11 hours per week. Aaron states he sees himself working at his current job for a long time as things are going well but he’s still interested in learning to work in parcel in the future.

On a wintry day back in February, on his way to grab his maintenance cart, Aaron found his co-worker, Thomas, on the floor.

“I knew something must [have been] wrong. His face was all red.” Aaron said, “Thomas was on the floor and told me to get Shane (the General Manager) and he [told me that he could] barely breathe.”

In this crisis situation, Aaron remained calm and rushed to get help. An ambulance arrived shortly afterwards and Thomas was saved from a potentially fatal heart attack. Since then, Thomas has recovered from this near-death experience and thanked Aaron for saving his life. Aaron is very glad that he was able to make such a positive impact in someone else’s life in such a dramatic way but hopes that he does not have to go through it again as it was very overwhelming for him at the time. If it happens again however, you can bet that he will step up and deliver once again.